Hello . 😊
Since it's almost the beginning of September, it's time for my August Wrap Up.
I read 7 books this month and I also started 2 others books.
Here are the books I finished in August :
1. "All the bright places"-Jennifer Niven
This book is about a boy , Theodore Finch , who is fascinated by death and constantly thinks of ways he might kill himself , and a girl , Violet Markey , who lives for the future , counting the days until graduation .
2. "Girl Online"- Zoe Sugg
Synopsis:
"Penny has a secret.Under the alias GirlOnline, she blogs about school dramas, boys, her mad, whirlwind family - and the panic attacks she's suffered from lately. When things go from bad to worse, her family whisks her away to New York, where she meets the gorgeous, guitar-strumming Noah. Suddenly Penny is falling in love - and capturing every moment of it on her blog.But Noah has a secret too. One that threatens to ruin Penny's cover - and her closest friendship - forever. "
3. "The 5 wave" - Rick Yancey
Synopsis: " After the 1st wave, only darkness remains. After the 2nd, only the lucky escape. And after the 3rd, only the unlucky survive. After the 4th wave, only one rule applies: trust no one.Now, it’s the dawn of the 5th wave, and on a lonely stretch of highway, Cassie runs from Them. The beings who only look human, who roam the countryside killing anyone they see. Who have scattered Earth’s last survivors. To stay alone is to stay alive, Cassie believes, until she meets Evan Walker.Beguiling and mysterious, Evan Walker may be Cassie’s only hope for rescuing her brother—or even saving herself. But Cassie must choose: between trust and despair, between defiance and surrender, between life and death. To give up or to get up. "
4." Clockwork Angel" - Cassandra Clare
Synopsis:"The year is 1878. Tessa Gray descends into London’s dark supernatural underworld in search of her missing brother. She soon discovers that her only allies are the demon-slaying Shadowhunters—including Will and Jem, the mysterious boys she is attracted to. Soon they find themselves up against the Pandemonium Club, a secret organization of vampires, demons, warlocks, and humans. Equipped with a magical army of unstoppable clockwork creatures, the Club is out to rule the British Empire, and only Tessa and her allies can stop them."
5."Clockwork Prince" - Cassandra Clare
This is the second book in the Infernal Devices trilogy.
6. "Clockwork Princess"-Cassandra Clare
This is the third and final book in the Infernal Devices trilogy.
7. "Belzhar" - Meg Wolitzer
Synopsis: "If life were fair, Jam Gallahue would still be  at home in New Jersey with her sweet British  boyfriend, Reeve Maxfield. She’d be watching  old comedy sketches with him. She’d be kissing  him in the library stacks.She certainly wouldn’t be at The Wooden Barn, a therapeutic boarding school in rural Vermont, living with a weird roommate, and signed up for an exclusive, mysterious class called Special Topics in English.But life isn’t fair, and Reeve Maxfield is dead.Until a journal-writing assignment leads Jam to Belzhar, where the untainted past is restored, and Jam can feel Reeve’s arms around her once again. But there are hidden truths on Jam’s path to reclaim her loss."I also started 2 other books that I didn't finish,but which I'll surely finish in September :)
1."Slammed" - Colleen Hoover
2." Uglies" - Scott Westerfield

Posted by good-books-and-tea at 9:55 AM No comments: 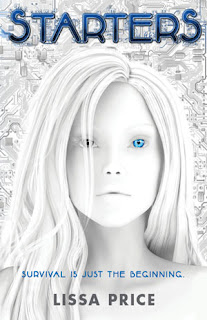 " HER WORLD IS CHANGED FOREVER
Callie lost her parents when the Spore Wars wiped out everyone between the ages of twenty and sixty. She and her little brother, Tyler, go on the run, living as squatters with their friend Michael and fighting off renegades who would kill them for a cookie. Callie's only hope is Prime Destinations, a disturbing place in Beverly Hills run by a mysterious figure known as the Old Man.
He hires teens to rent their bodies to Enders—seniors who want to be young again. Callie, desperate for the money that will keep her, Tyler, and Michael alive, agrees to be a donor. But the neurochip they place in Callie's head malfunctions and she wakes up in the life of her renter, living in her mansion, driving her cars, and going out with a senator's grandson. It feels almost like a fairy tale, until Callie discovers that her renter intends to do more than party—and that Prime Destinations' plans are more evil than Callie could ever have imagined. . . . "

When I saw this book in a bookshop ,  I was immediately captivated by its premise and also by its beautiful cover and I got it right away .

The concept behind this story is really original,also.
From the very first start , I thought this book was a really interesting read. Callie,this book's herione , is an intelligent , fearless and well-built character.I also found it very easy to connect with her. I was impressed with how Callie managed to deal with handling herself in some really difficult situations. I also liked how she always fought for her little brother and always tried to do whatever she can to help him ( he is the reason why she went to Prime Destinations ) .

There isn't a big cute love story in this novel, but we still get to enjoy a passionate romance that can easily catch your attention and that is not like any other love triangle.

Another thing that you should know about this book is that  when you think you understand what will happen next, another twist is thrown in .

The writing style is amazing, and it was easy to imagine the world Lissa Price creates.

To sum up , I recommend this book to anyone who is looking for a phenomenal YA  dystopian book. I am looking forward to reading the second book of this series , "Enders" . :) 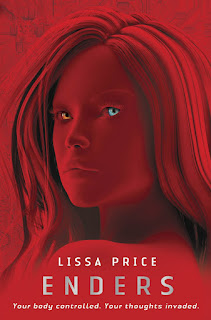 “Did Cinderella ever consider fessing up to the prince, that night she was enjoying herself in the fancy ball gown? Did she even think of telling him, oh, by the way, Prince, the coach isn’t mine, I’m really a filthy little barefoot servant on borrowed time? No. She took her moment. And then went quietly away after midnight.”

Posted by good-books-and-tea at 6:29 AM No comments: